Which energy scenario for the cities of the future?

What are the strategies of cities to successfully complete their energy transition? The City of Amsterdam and the Metropolitan Area of Grenoble gathered around a session of intersecting views to answer the question by presenting the objectives and tools deployed on their territory. 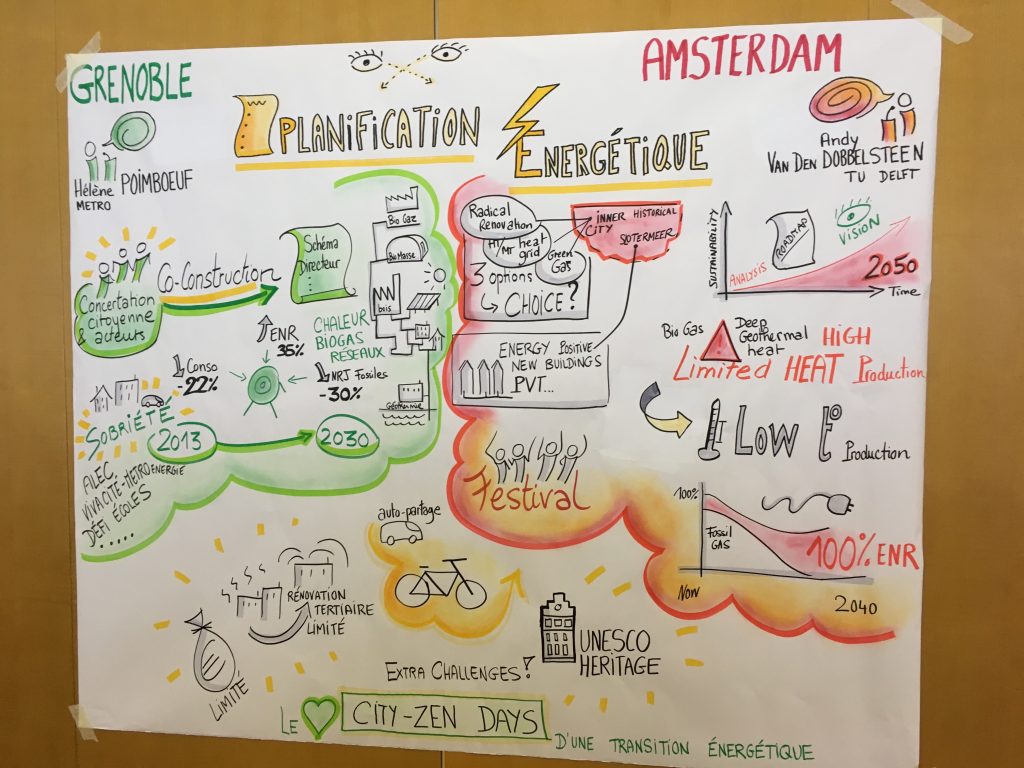 Amsterdam and Grenoble have chosen energy planning to achieve their objectives of reducing energy consumption and production. These are two ambitious roadmaps, led on the one hand by Grenoble-Alpes Métropole and on the other by the Dutch university TU Delft. Hélène Poimboeuf, Head of the Energy Transition Department at Grenoble-Alpes Métropole and Andy van den Dobbelsteen, Professor at the Faculty of Architecture at TU Delft, shared with the public the main orientations and priorities of this planning tool.

The energy master plan of the Grenoble Metropolitan Area is the result of a voluntary approach by the agglomeration. It defines an energy demand scenario for the Metropolis by 2030 and determines the target “energy mix” to be achieved to supply the territory, while respecting the objectives of the Air Energy Climate Plan.

The various City-zen projects deployed in Grenoble, such as the extension of the heating network and the renovation of buildings, will contribute significantly to the achievement of the three main objectives of the master plan: a 22% reduction in energy consumption, a 30% reduction in fossil fuels and a 35% increase in renewable energies.

The City of Amsterdam has also set itself the objective of supervising and regulating energy demand and production through its roadmap. Proposed by the University TU Delft and led by Andy van den Dobbelsteen, the latter has opted for a detailed scientific approach that details all the consumption profiles of each district of the city.

While this methodology leads to a more diffuse implementation over time than in Grenoble, the City of Amsterdam can nevertheless count on many assets to carry out its planning successfully. The support of an open and environmentally aware population and its ability to mobilize many partners make the city a true model for the energy transition.

More information on the master plan of the Metropolis: