The district Amsterdam New-West is a ‘small giant’ by itself with its own specific set of challenges and opportunities. Characterized by cultural diversity, contrasting neighborhoods and citizens with a drive to innovate. After one and a half year of project experience in the district, what lessons can City-zen share with cities across Europe? What challenges does City-zen need to overcome? In typical Dutch down-to-earth style, I explored the answers to these questions by experiencing the district by bike. On the road I realized … 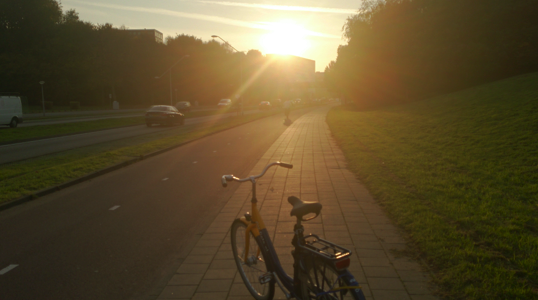 Know the people and the neighborhoods.

It does not help to only coin terms like ‘bottom-up development’ and ‘grassroots initiatives’ to brand your project. It is about being genuinely willing to understand what motivates people in particular neighborhoods and to design effective solutions that target their problems. If your project is not on the right track, possibly change the road.

The first step is to submerge and sense what’s going on in the district. Whether you do so by biking through the district or interpreting digital data on a city dashboard, it is critical to find out what issues are leading. Next, talk to residents, mayors and local community strengtheners. Be open about the inconvenient truths of the area. The majority of residents in Amsterdam New West feel unsafe and there have been struggles with integration issues, poverty and a cluttering of public space. On a more positive note, the areas are culturally diverse with over 180 nationalities represented, which lead to interesting social, cultural and creative initiatives in the borough, like organization ‘The Beach’, which organizes workshops on co-creation and design.

Most of the district was constructed in the 1950s according to a ‘garden city’ design, emphasizing stand-alone communities separated by green space. At the heart of the borough is the lake Sloterplas. The district is surrounded by highway infrastructure and tram lines connect it with the city-center. For the coming period 2016-2019 the municipality sets the agenda on topics that range from safety, security and sustainability to community activities, connectivity and the beautification of public space.

Face it, energy-efficiency and sustainability issues are no priorities for the average citizen in New West. Whether or not that is a bad thing, we have to rethink how to communicate the added value of energy-efficiency projects. To focus one-sided on either affordability, security or preventing future problems related to climate change is not going to cut it. An integral approach is worth the try in which we have to be clear about what citizen problems we are solving on the short and long term.

Integrate your project with visions of the area

While I cycle through the district, I notice flats contrasting with villas, poorly looking areas opposed to beautiful green space and people with all kinds of cultural backgrounds that rush to their destination. What does City-zen do here? The project connects to the sustainability agenda of New West and the promotion of urban renewal in multiple ways. First, the project showcases several innovative demonstrations in the district. A smart grid is developed that is ready for all kinds of applications, such as Vehicle to Grid and a demand-response system for energy delivery and net balancing, enabled by i.e. smart metering and data gathering. Home and car batteries will be virtually connected to become a power plant. Not only should this benefit citizens energy storage and trade of energy, it should also enhance the stability of the grid. Moreover, citizens, housing corporations and decision-makers will engage with sustainability in Nieuw-West through city dashboard workshops and two serious energy games. Last but not least, multiple housing blocks and individual homes will be ambitiously renovated to a high energy-efficiency level. It makes homes more comfortable, affordable and contributes to reducing carbon emissions. Sustainable initiatives like these are set up by multi-stakeholder platforms, such as Amsterdam Smart City, and are enabled through funding of public-private partnerships and the European Union.

An important challenge for City-zen is to tie these projects together in order to be meaningful for European cities. In a sense that it goes beyond a sum of innovations and spreads awareness that citizens have influence on the environment through their demand for energy. The developments in open data steer towards a community in which citizens, housing corporations, research institutes, industry and the public sector co-create solutions. City-zen seems committed to the idea, though should accelerate in offering the possibilities and freedom of choice for citizens to use energy efficiently. Global climate change will not wait till we have found the right technologies to decouple energy use from population and economic growth. Energy efficiency projects are expected to deliver the largest contribution to reducing greenhouse gas emissions. The stakes of global warming are high and the window of opportunity to reverse the current course to environmental disasters is closing. 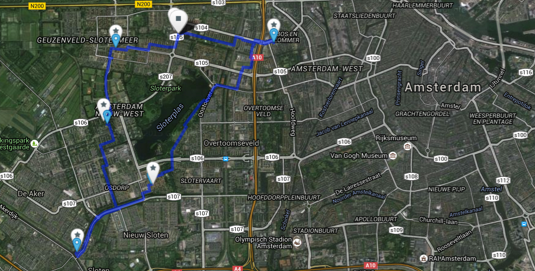 Bike ride to innovations in New-West

Add value with your project

At the end of the day it is not only about the sum of projects that define sustainable growth of a neighborhood or city. The key to develop a sustainable city is to bring different stakeholders together, share practices and to find integrative solutions that benefit communities today and prevent future problems. It is the process through which we spread awareness about sustainable resource use. Leading by showing what works and doesn’t work. According to the IPCC and many others, the most important future problems of city regions’ sustainable growth are the disruptive effects of climate change for the global economy, for example floods, droughts and extreme temperatures. However the current stifle to act on preventing global emissions, comes down to a deadlock in international politics in which we hope to see progress at the COP21 in December. Meanwhile in city districts like New West, we learn in practice how difficult it can be to demonstrate energy-efficient innovations that are affordable, secure and climate-friendly with many stakeholders and different interests. Decision-making processes can slow projects down and therefore it is important that stakeholders commonly decide to accelerate when they have the opportunity.

City-zen will keep exploring the impact of energy-efficiency innovations in New West and seeks to share the key lessons with other European cities. For that purpose we should have an open and honest discussion about the obstacles for innovation in European cities.

Join the discussion about knowledge sharing between European cities on our linked-in page and tell us more about your project. 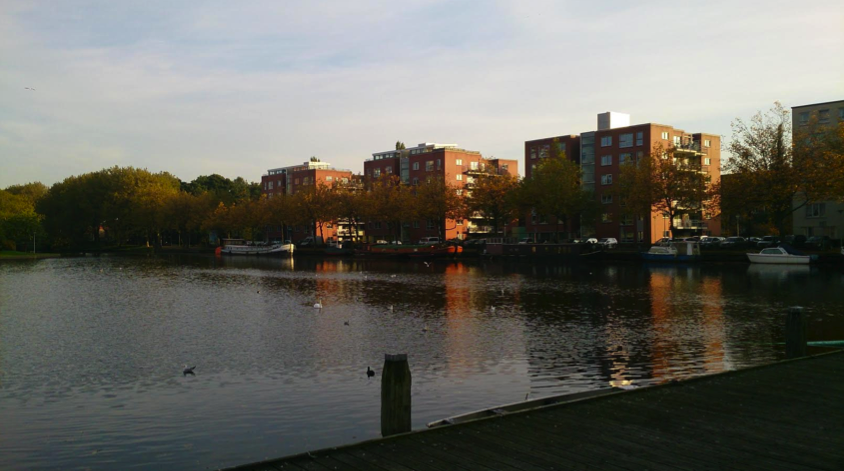