This is what motivated Koos, Frank and Jan to renovate their Amsterdam homes in a highly energy efficient way.

About 5 years ago, ventilating the desire to eat less meat would have been frowned upon. Going vegan would have meant social suicide. Not today. Living a more sustainable lifestyle is on the rise. The number of people that separate waste or buy organic is growing. But when it comes to bigger investments, such as home renovation, choosing the more sustainable option can be harder. Not everybody dreams of spending their hard earned money on solar boilers, heat pumps or insulation. 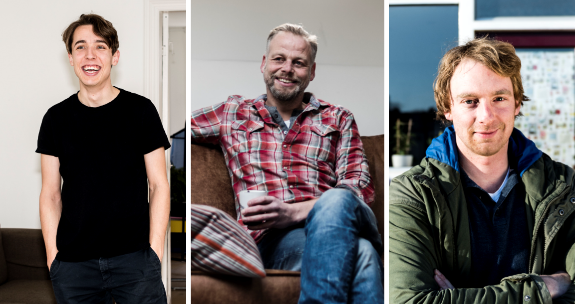 At City-zen we subsidized[1] the energy-efficient renovation plans of over 500 (and counting) home owners in Amsterdam. We were curious to learn what motivated the people that did choose to go all the way and turn their home into small sustainable energy plants. We decided to do an in-depth interview with three of them to discover what their story is: what drove them to put a considerable amount of time, money and energy in a highly ambitious energy efficient home renovation?

This resulted in a (Dutch) tripartite series called ‘Going off the grid in Amsterdam’, which we published earlier this year on the Amsterdam Smart City platform.

So what was the biggest insight we got from talking to Koos (a 34 year old teacher and family home owner), Frank (46 year old designer and house boat owner) and Jan (a 25 year old student and apartment owner)? It’s impossible to say there’s a specific type of person interested in realizing an energy neutral home. Yes, the people we interviewed are all men, living in Amsterdam. And all three of them enjoy getting into the nitty gritty details of technical innovations. But that’s where the resemblance ends. The reason why they started their sustainable renovation projects  turned out to be very different. 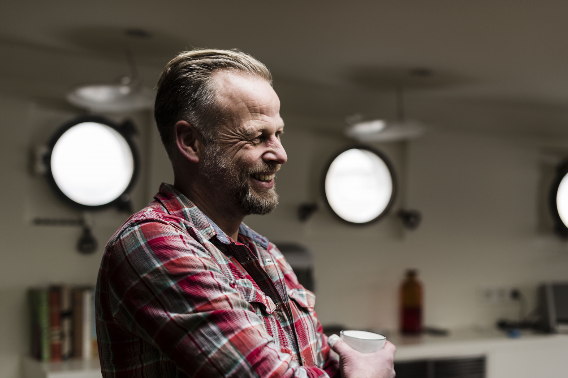 Frank had always dreamed of living on a houseboat. And of being independent. The main theme of Frank’s story is: design your own life. His aim is to be able to live as autonomous as possible. Living off the grid – producing nearly all your own electricity and heat – is part of that ambition. 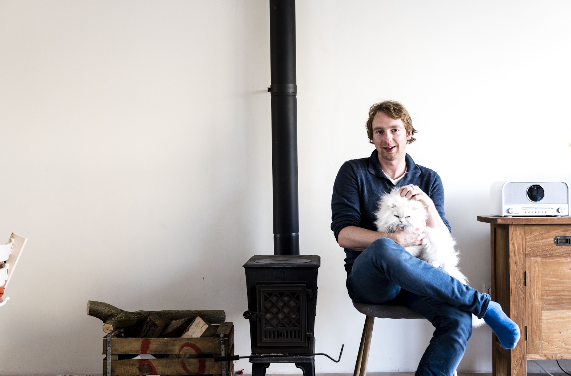 Koos grew up in countryside of Friesland, a northern province of the Netherlands, and went on numerous outdoor holidays, such hiking in Norway, with his parents. On a young age he heard about acid rain and got worried. He decided he didn’t want take nature, which he loved so much, for granted and vowed to protect it. As a grown up he ended up living in the city but kept his love for the outdoors. When he and his girl friend bought a family home, he knew straight away he wanted to renovate it in a way it would have the lowest possible impact on the environment. 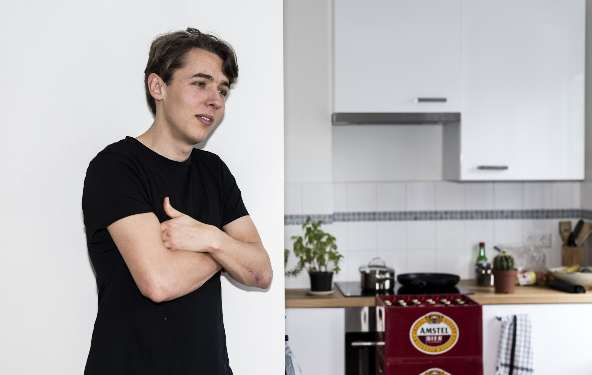 Jan, a mathematics student, grew up in family in which protecting the environment was an important value. When however the time came he and his sister Judith needed to renovate their 50 m2 apartments, it never crossed their minds to integrate sustainability in their plans. When the contactor suggested some energy efficiency measures he (and his mother Paulien who assisted them with the renovation) felt silly: why didn’t they think of that themselves?? Even though climate change had their attention they needed an outsider to remind them that a transition starts at home.