The Energy Transition Roadmap to Paris

Both City-zen cities Amsterdam and Grenoble working on their Energy Transition Roadmap. We may call it a coincidence: both approximately 500 km away from the real Paris. The roadmap is for these cities the route to the Paris Agreement. After years of in-depth research, the time has come to start the movement in real time. In this article an update from Amsterdam and Grenoble by Andy van den Dobbelsteen (Professor of Climate Design & Sustainability at TU Delft) and Sylvain Koch-Mathian (Project manager – ‎Grenoble-Alpes Métropole).

What are the differences between the Grenoble Roadmap and the Amsterdam Roadmap approach?

Andy: “I think that the Amsterdam Roadmap is somewhat more based on a scientific methodology, a stepped approach, in which the roadmap itself actually is a final step after the analysis of the present, near future, stakeholders, future scenarios and a future city vision. The Roadmap then describes how the difference between the desired future and now can be bridged. The Amsterdam Roadmap still has to be elaborated in specific large-scale projects, whereas Grenoble already has several projects under development.”

What are the biggest challenges?

Andy: “For Amsterdam the biggest challenge lies in the enormous transition that is needed while shifting from the current gas system to a sustainable energy system with all-electric, self-sufficient buildings and renewable electricity production on the one hand, and heat grids at various temperatures for more than half the city on the other hand. As we calculated, until 2040, per year 28,000 residential equivalents need to be renovated annually, 26,000 of them connected to a heat grid, 140,000 m2 of PV installed on roofs, and 5 wind turbines erected. The old neighbourhoods and the historic inner city are by far the most complicated when it comes to energy transition.”

Sylvain: “In Grenoble the biggest challenge is the reduction of energy consumption. The objective is to reduce energy consumption by 22% by 2030, with an important challenge for the retrofitting of existing buildings (both dwelling and tertiary buildings). It implies to multiply by 4 the rate of renovation of individual houses and by 2.5 for condominiums.”

What are the most important learning’s so far?

Andy: “The energy transition challenge is gigantic, that’s one. Secondly, that municipal boards need to start with a plan and projects based on a roadmap as soon as possible. Thirdly: that each district or neighbourhood will have its own specific best solution for the energy transition. There is not one silver bullet. That is why cities need to take control of the energy transition master plan and decide which solutions are flexibly allowed therein.”

Sylvain: “Energy transition implies energy reduction, the size of the cake for energy providers is decreasing. It is complex but we have to cooperate and work together with each other.”

What can other cities learn from your experiences so far?

Andy: “The outcomes for Amsterdam speak volumes for other cities as well. Most cities do not have an Unesco world heritage centre, but they will recognise the extent of interventions needed in other parts of the urban environment. I advise all other cities to come up with a plan as soon as possible, (and having gone through the process myself) I believe that a thorough study of the present situation and potentials for the future is needed. Our City-zen energy transition methodology really is helpful to get from here and now to there and then.”

Sylvain: “It is very important to associate local stakeholders (Energy agencies, DSO, big consumers, etc.) from scratch and discuss diagnostic and hypothesis with them. When it comes to make some choice between transition scenarios, a strong political commitment is essential.” 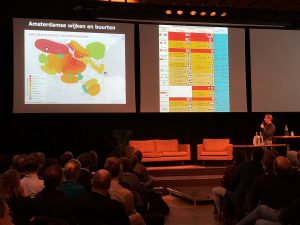 What has the greatest potential in the city of Amsterdam and Grenoble?

Andy: “I think that Amsterdam has an enormous positive and pro-active community, liberated, open-minded and worldly wise. The energy transition seems like an unattainable process, but in contrast with the roll-out of the gas piping system in the 1960s (which was done by one organisation mainly), we can now act on all scale levels and with all stakeholders at almost the same time. That is the greatest potential. At least, of course, if the city has a master plan ready.”

Sylvain: “Hydroelectricity is a very important source of renewable energy in Grenoble-Alpes métropole but it is almost totally exploited. The biggest potential is probably the potential of heat recovery to supply the district-heating network. The biggest challenge will be to modernise the district-heating network by creating local low-pressure networks in order to use the low/medium temperature of waste heat.”

What does Grenoble admire in the approach of Amsterdam and vice versa?

Andy: “On behalf of Amsterdam I admire the hands-on approach of many projects in Grenoble. There is a lot going on already. And maybe Grenoble does not have a roadmap as we developed for Amsterdam, but they start anyway, which is admirable. In Holland we tend to discuss things for too long!”

Sylvain: “The Energy Atlas of Amsterdam, especially with the details of energy consumption at the block level. Besides Amsterdam is very good in mobilising local stakeholders.”

What are the goals for upcoming year?

Andy: “If it is up to me, I am going to pull through the energy transition methodology and Amsterdam Roadmap. Since it was broadcast on the national news, discussed in radio programmes and public events, and in various articles, I have noticed a lot of interest from many parties – municipalities, companies, citizens… With our WP4 team we might be working on more Roadmaps in the Netherlands, and we will also convey that knowledge during the City-zen Roadshows. Next to that I have been approached by the political party who have won the elections in Amsterdam – they are dead serious about the energy transition. With the municipality and energy stakeholders we will have a follow–up workshop. On the national level, people have also noticed the Roadmap and I have been invited to a committee that will advise the minister on the energy transition. So in the coming year I plan to be less scientist and hope to contribute to get things done. It is going to be even busier than I ever thought…”

Sylvain: “Our goal is to implement the energy roadmap! 2030 is tomorrow, we have to go very fast to develop the projects and create new dynamics if we want to achieve our ambitions!” 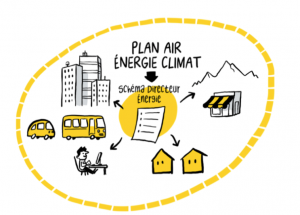 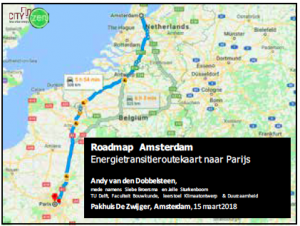