Renovation of condominiums: example of support of the” why not “

Starting the thermal renovation of a condominium requires the condominium owners to agree collectively: the work is expensive and collective decision-making is not simple! As part of City-zen, the Local Energy and Climate Agency of the Grenoble metropolitan area – ALEC, wanted to experiment with a new intervention format to help those who hesitate to take their decision. 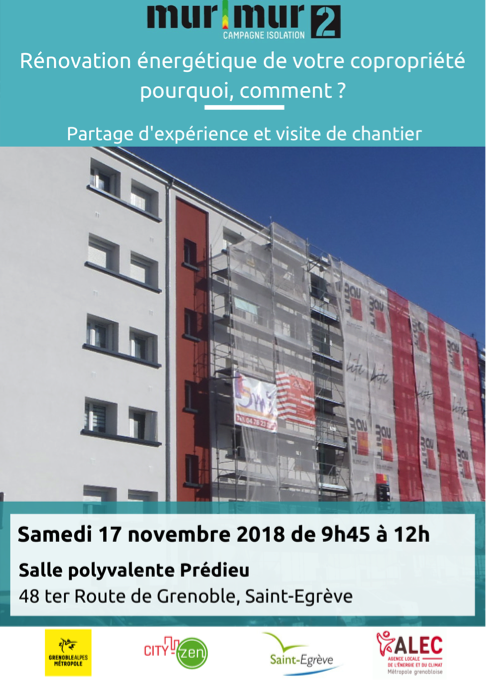 To introduce the subject in a positive way 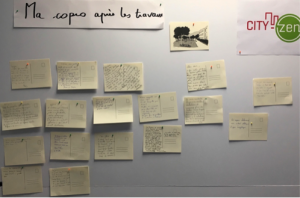 Welcomed around a “breakfast”, the participants were then invited, if they so wished, to project themselves and write a postcard: “tell your friends, your children what it’s like after the work, imagine! ». This time was largely inspired by the City-zen exchanges around storytelling, lived in Manchester in 2017! 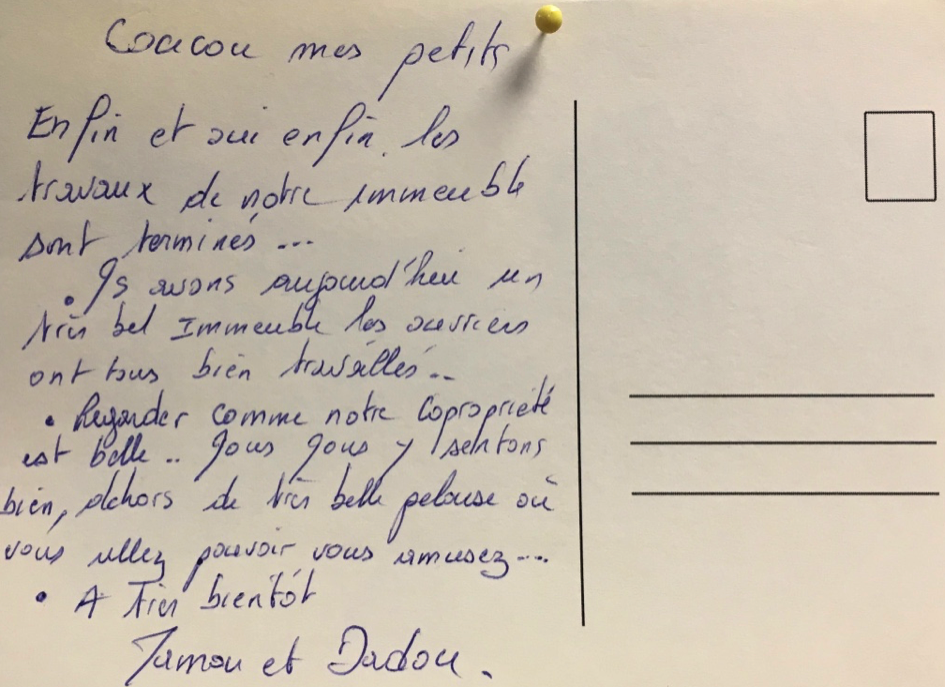 The vast majority of participants played the game and this introduction created a positive atmosphere, allowing everyone to imagine the good reasons they would have to undertake renovation work: the pride of living in a beautiful condominium is an argument that stands out in the majority.

A time for objective exchange

The discussion time in the room was designed in a “round table” format. It had been prepared with the stakeholders in the idea that they would tell their experiences, the positive moments as well as the difficulties encountered: the pride of living in a renovated building, the gains in comfort and sometimes on the invoice, the simulations of costs and assistance for everyone, but also the time-consuming involvement of the trade union council, the nuisances of the site, the difficulties of dialogue sometimes with the workers… 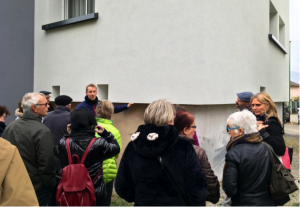 An ALEC technical expert was also able to specify certain points, in particular the feedback from a survey conducted among 13 collective heating condominiums whose consumption was compared before and after the work, following the MurMur operation1. ALEC was able to present the different stages of the support of the proposed condominiums to those who wish to undertake renovation work today. An elected representative of the municipality was able to express the importance she attaches to these projects and the financial support provided by the city.

Being realistic and not masking difficulties further reinforces the weight of positive arguments. Participants were sensitive to the fact that ALEC does not “sell” energy retrofits at all costs.

The morning ended with a visit to the neighbouring condominium, one of whose facades was finished and the other under construction: the thirty or so participants were able, with their own eyes, to see the aesthetic benefit of the renovation and visualize the technical choices made.