A first Mur | Mur insulation campaign was carried out between 2010 and 2014. It targeted only condominiums constructed between 1945 and 1975. It enabled the energy renovation of nearly 4,500 dwellings.  A new Mur | Mur 2 campaign is operational in the Grenoble Metropolis for the thermal renovation of condominiums, as well as individual houses (since 1st April 2016, the official launching of its operational phase by the elected representatives of the Grenoble Metropolis).

As Mur | Mur 1, this new campaign is in line with the objectives of the Air Climate Energy Plan and the Local Habitat Plan. However, as announced in a first vote of principle in April 2015, metropolitan elected officials extended the target of this new system to all private dwellings (single-family homes and condominiums), located in one of the 49 municipalities of the Metropolis of Grenoble.   All private homeowners, whoever they are, can henceforth use this “local support platform on the issues of energy retrofit of housing”, to support them, advise and accompany them in their project. Different service paths are proposed depending on the situation, in order to take into account their specific contexts and specific technical, human and regulatory specificities.  Three main categories of targets have been defined: 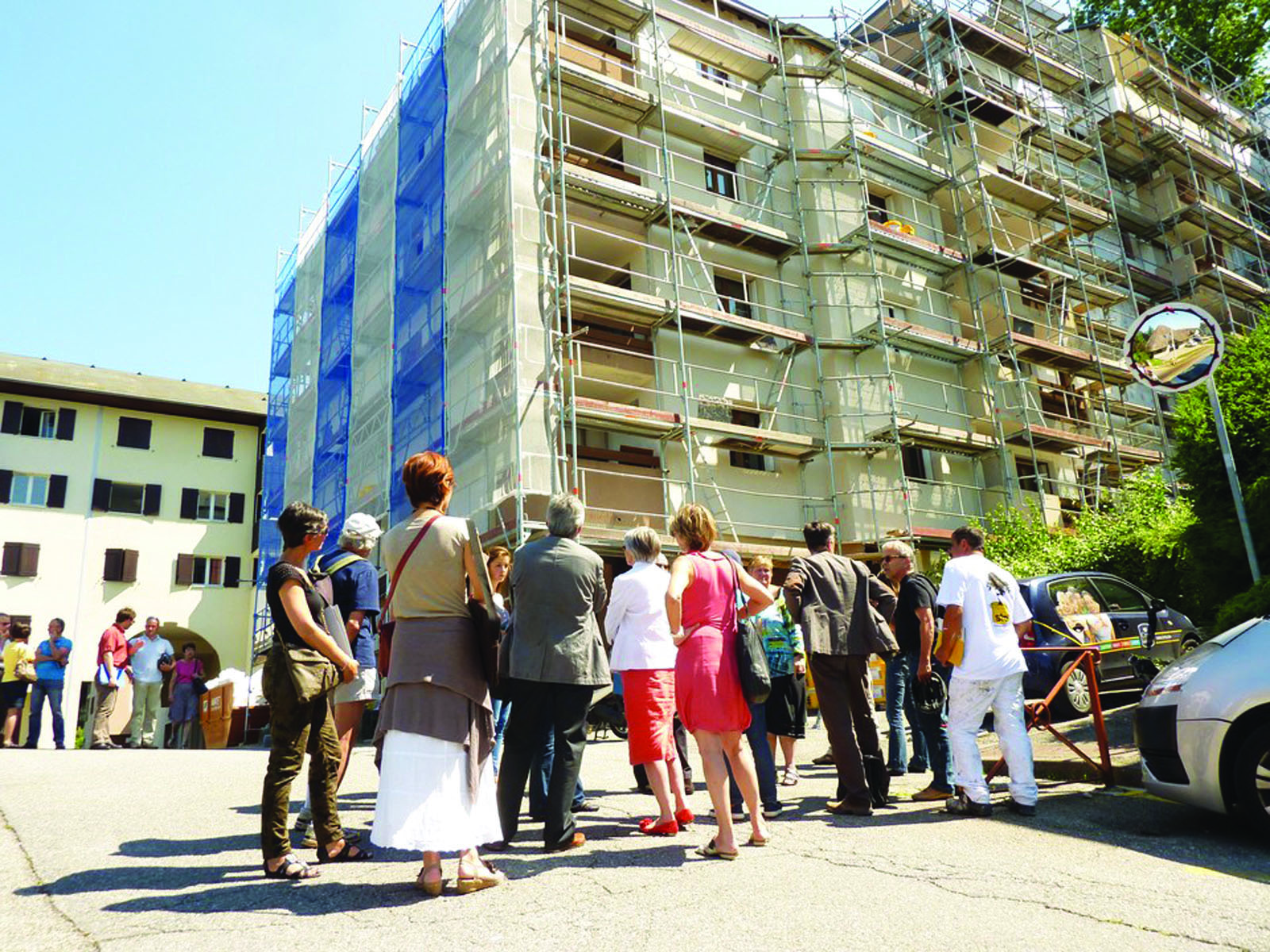 The metropolis has signed a partnership with 80 local companies. This includes a label and the guarantee for the owners of a recognized know-how. In order to help the owners in their project, the Metropolis wanted to strengthen its offer in terms of support. The search for skilled craftsmen on thermal insulation is sometimes difficult, that’s why a label “Mur Mur 2” has been developed.