Communication and cooperation; those are the two main ingredients for acceleration of the energy transition. This valuable insight was gained during the Go2Zero simulation that took place as part of the City-zen Roadshow in Nicosia, Cyprus. The role playing game, led by consortium partners DNV GL, was hosted by the United Nations Peacekeeping Force in Cyprus (UNFICYP) at the famous Ledra Palace Hotel in the buffer zone: a fitting location for a game that is all about bridging barriers.

After the briefing and a first careful exploration of the playing field, the game came to a complete stand still. Players needed time to work out strategies and find out dependencies. Just like in the real world, a waiting game started. Who would make the first move? Even when the technology companies made a substantial investment in the green energy provider, the market remained stagnant.

The deadlock was broken in the second round of play when end-user started to unite and multiple stakeholders actively pursued a breakthrough based on trust and transparency. Then, the transition accelerated and quickly made up for the lost time of the first round. By the third round, investments were paying off and carbon neutrality became within reach. Considering that a round is roughly the equivalent of 5 years in real life, this shed a light on the current actual situation where energy transition seems to be waiting for a breakthrough as well.

Afterwards, participants received a private tour through the shot up hotel. From exquisite 1970s styling to numerous bullet holes, the Ledra Palace Hotel is a stark reminder of what could happen when parties remain in deadlock. 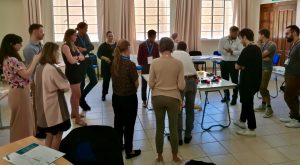 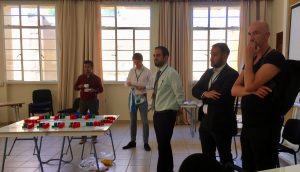 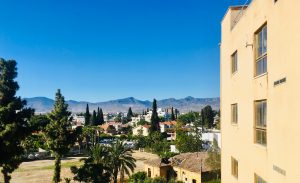