The City of Grenoble had the pleasure and honour of welcoming, during an evening on ecological transition, the representatives of the cities of Copenhagen and Amsterdam, real pilot territories of the energy transition. This evening was an opportunity to discover inspiring projects from elsewhere but also from here, thanks to the presentation of the negaWatt scenario, which proposes a life-size energy roadmap for France.

With its 2 million inhabitants and its ambitious policy on energy, transport and waste recovery, the Danish capital has something to dazzle you. In 2025, it plans to become the world’s first carbon-neutral metropolis. How does she plan to do this? Jørgen Abildgaard, Climate Director at Copenhagen City Council, presented a roadmap based on 4 pillars: energy consumption, production, mobility and administrative initiatives. To achieve its objectives within 7 years, the city is counting above all on a profound transformation of its production methods, starting with the deployment of renewable energies: solar, wind and biomass.

Find many examples of projects in Copenhagen in Jørgen Abildgaard’s presentation.

Amsterdam is hunting for natural gas 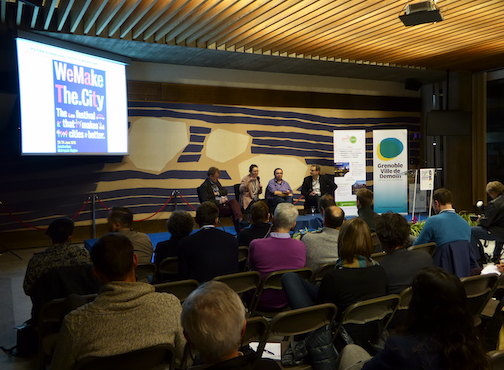 While the bicycle city is renowned for its soft mobility modes, Annelies van der Stoep, project manager for the energy transition at the City of Amsterdam, pointed out that the Netherlands still has a long way to go in terms of energy consumption and production. Between energy dependence and increased natural gas production, the city of Amsterdam has decided to begin its transition to the post-carbon era. With its Sustainable Agenda 2015, it commits itself to developing renewable energies, improving air quality, developing the circular economy and thus becoming a sustainable and climate-resilient city. Proof of the municipality’s ambitions, the agenda foresees that by 2020, 75% of new buildings must be carbon neutral.

Find out more about the projects at work in Amsterdam with the presentation of Annelies van der Stoep.

An energy roadmap for France: the negaWatt scenario 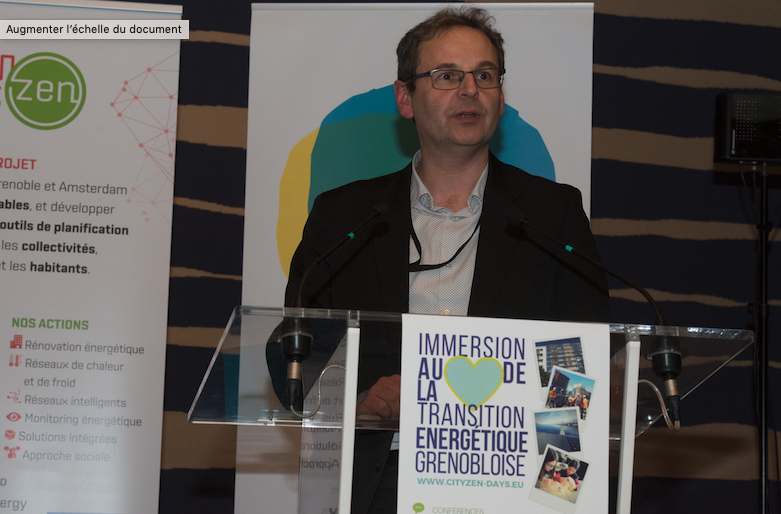 The negaWatt scenario 2017-2050 is a prospective exercise for France. Created in 2001, the association aims to promote a more sustainable energy system in France by describing the solutions to achieve it. The approach is based on three pillars: energy efficiency, energy sobriety, energy efficiency and the increasing use of renewable energies. The needs and objectives of the different sectors, construction, transport, industry and agriculture, are then studied in detail and an assessment of the socio-economic impacts of the changes is carried out a posteriori. During the evening, negaWatt president Christian Couturier illustrated the approach with the examples of the City of Montpellier and the Hôtel du département du Bas-Rhin.