Due to great success, a second edition of the Mur/Mur insulation campaign is launched : interview with its driving forces

In 2010, Grenoble-Alpes Métropole (La Métro: the metropolis authority) and its partners launched the Mur|Mur, insulation campaign to realise its objectives formulated in the “Air-Energy-Climate plan”: a massive reduction of energy consumption while improving housing quality. This plan gave technical and financial support to citizens that want to renovate their homes in a highly energy efficient way.  Between 2010 and 2014, more than 4.500 homeowners (owning apartments that were built between 1945 and 1975) have participated in the campaign. Because of the great success, La Métro continues its efforts and has launched Mur | Mur 2 that will run until 2020. The target group has been  extended to owners of detached houses. The campaign was partly funded by City-zen. 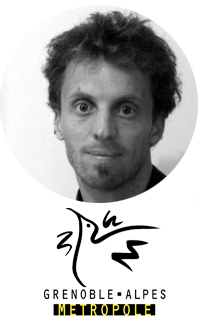 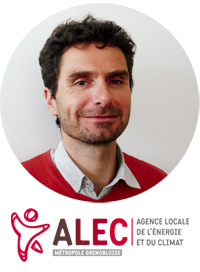 What is the role of everyone in this campaign of insulation?

S.K-M. : Within the framework of its energy policies and its objectives of reducing greenhouse gas emissions, the city is the project owner and the coordinator of this operation. Mur/Mur 1’s target group was owners of apartments built between 1945 and 1975 They were offered technical, administrative and financial support in renovating their apartments in a highly energy efficient way.

Following the success of the first campaign, we have launched Mur/Mur2  and expanded this support to all owners of private homes. For this, we rely on local partners, ALEC, SOliHA (association committed to improving habitat), building companies, bank…

A.S. : People who want to retrofit their apartment complexes are supported by ALEC and SOliHA. There are differents stages in a retrofitting project. From the pre-registration phase to the campaign, we coach co-owners until the phase of choosing an architect. The architect carries out a study for different scenarios of retrofitting. Then, ALEC validates a scenario in line with the objectives of the campaign. SOliHA takes the initiative  in getting the consent for the renovation the homeowners and will follow the grant application. When the renovation is finished, ALEC empowers citizens to help them in managing a new way of living in their homesg. For the house owners, the support is lighter: they don’t benefit from the Mur/Mur subsidies but ALEC advises them at key moments of their project (financing solutions, technical guidance, administrative procedures, etc.)

S.K-M. : And La Métro works with certified local building companies to facilitate the first contact by  private homeowners and guarantee the quality of renovation activities. We developed our own label to this end.

What new challenges are you facing in Mur | Mur 2?

A.S. : The first difficulty is that 70% of the owners within the apartment complexes, must consent with renovation activities. Motivating  the owners to vote in favor of ambitious projects, it’s not always easy. In Mur/Mur 2, people have to choose between three levels of retrofitting, with different financial modalities: “progressive”, “complete” and “exemplary”. (In the framework of City-zen, only exemplary projects located in Grenoble city are eligible).

S.K-M. : In fact, it’s not easy in terms of decision making but also in terms of administratives procedure that can be laborious. From registration to the end of the renovation activities, it takes between 4 and 5 years. Unlike the renovation of social housing where it is quite simple once the social landlord has made the decision. To get everyone on board, it takes a minimum of one to two years.

How will you overcome these challenges?

A.S. : We are lucky to have an attractive aid scheme that can facilitate the decision making. The consistent support proposed  requires a lot of engineering to support homeowners projects, step by step as a turnkey retrofitting solution. And the feedback we have  from Mur/Mur1 helps us to improve that. To find out what motivates owners, we have decided to set up workshops and test different kinds of methods.

S.K-M. : On the question of decision-making, we work with the University (EDDEN laboratory – Economy of sustainable development and energy), which gathers sociologists who will follow a dozen of apartment complexes to understand the issues with regards to group decision-making. The study will be published at the end of City-zen project.

Vidéo of Mur/Mur campaign (in french) :