To realize a clean-energy system, the city’s energy infrastructure and buildings are redesigned and new energy services are developed. These changes naturally meet economic and regulatory friction: laws and regulations are still directed towards the current fossil fuel based system. Changing the regulatory framework is not straightforward, due to many unanswered questions and a lack of experience. The City-zen demonstration projects play an indispensable role in pushing and developing a new regulatory framework. The same holds true for developing new business models and financial scheme´s: finding suitable and workable financial schemes is often complicated, because new projects require tailor made solutions, new partners and risk analyses.

In this newsletter we present you the final report, which is a result of interviews with energy experts and key people in the demonstration projects, in addition to complementary desk research. The report addresses a manifold of subjects and cases in the on-going project City-zen.

The report foremost shows the complexity of all the legal and financial issues involved in setting up a local project. Two of the projects described in the report are the bio-refinery project by Waternet in Amsterdam and the assessment of the (first) MurMur retrofit campaign in Grenoble. We will shortly discuss both projects to give you an idea of the challenges the City-zen projects are facing.

The project experienced barriers on many levels; local government and housing associations are reluctant to allow new houses to connect to a new type of system. This translated into several restrictions: low temperature heat that is recovered from grey water will not be used to heat the dwellings and only a limited amount of houses are allowed to connect to the system. Another barrier is that there is no financial benefit for being connected to a more sustainable wastewater treatment plant, due to socialized sewage tariffs in Amsterdam. An example of a specific legal barrier impeding this project is the European and national legal restrictions on the use of phosphates out of sewage water in agriculture.

Another example of a project experiencing challenges is the first MurMur (2010-2014) retrofitting campaign by La Métro, Grenoble. City-zen has given La Métro the opportunity to make an in-depth analysis of the results of the first campaign and improve the design of the new Mur|Mur 2 campaign (2016-2020).

The Mur|Mur 1 campaign was proposing an financial aid scheme and technical assistance for retrofitting private condominiums constructed between 1945 and 1975. Homeowners were given the choice between 3 different retrofit packages with costs varied between 10.300 and 23.000 euro per dwelling. To finance the renovation works a specific financial scheme has been set up. It combines financial assistance (paid by La Métro and its partners) and financial aid.

Homeowners participating in the project experienced a couple of financial barriers: The majority of co-owners participating in the Mur|Mur 1 campaign found it challenging to cover the individual high up-front costs. Families qualifying for subsidies did not receive the money until the conclusion of the project. Individual supplementary aid was only available for households with an income lower than 37.000 euro/year. Families earning just over 37.000 euro/year were not benefiting from any subsidies, but neither easily qualifying for a loan to pay the retrofit costs.

The project shows that it is a challenge to decide how, when and to whom subsidies should be distributed and that the subsidies have an important impact on the success and results of the project.

This report addresses a manifold of subjects and cases in the on-going project City-zen. The challenges discussed in the report are further studied and will contribute to academic publications by the Centre for Energy Research.

As follow-up of this report, the Centre will conduct additional research for the City-zen project on the position of the ´Vulnerable end-user´. This study will be published in the autumn of 2018.

Want to learn more about City-zen´s legal and financial challenges, you´ll find a link to the summary and the full report here: 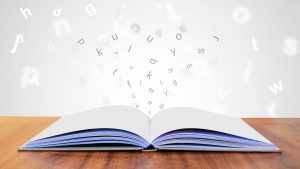 The total cost of ownership (TCO) of a full functioning new sanitation plant over a period of 50 years is 62 million euro´s. The TCO of a traditional plant is around 86 million euro´s; the cost savings on the TCO over this period thus amount to 27%.

The system will save up to 30% drinking water per person, which is around 12,5 m3 per person, per year.

In total 61 million euros were invested in retrofitting works carried out within the framework of the first Mur|Mur campaign. Given the large share of the workforce in these budgets (75%), it can already be estimated that the campaign has had an employment effect on the territory.