From 1-3 April 2019, City-zen Days took place in Amsterdam. This three-day event provided heaps of inspiration and learning to over 100 participants. A wonderful mixture of City-zen consortium partners, sustainable entrepreneurs, civil servants and the general public spent three days on multiple locations throughout the city, taking in theoretical information as well as practical lessons learned through field visits.

The event was officially opened by a special guest: Alderman Marieke van Doorninck of the City of Amsterdam. Her speech centered around Amsterdam as a city that takes responsibility for what is needed to be done. She envisions the future of Amsterdam as a sustainable and climate neutral metropolitan area. The main challenge? Mobilizing citizens who are not interested in stories about rising sea levels but who are keen on improved insulation and consequent lower energy bills. She offered a couple of key ingredients to besting this challenge: co-operation and sharing lessons learned. Not just within city walls or even on a national level, but pan-European. Because, she argued, that way cities can become the much-needed engines that drive the transition towards clean energy.

The Alderman called to mind the Climate March that recently took place in Amsterdam. The children who participated in that march, she said, will look back one day and confront us: did we sit and wait for climate change to happen or did we work together to fight it? This, the Alderman reminded us, is the moment to make a difference. 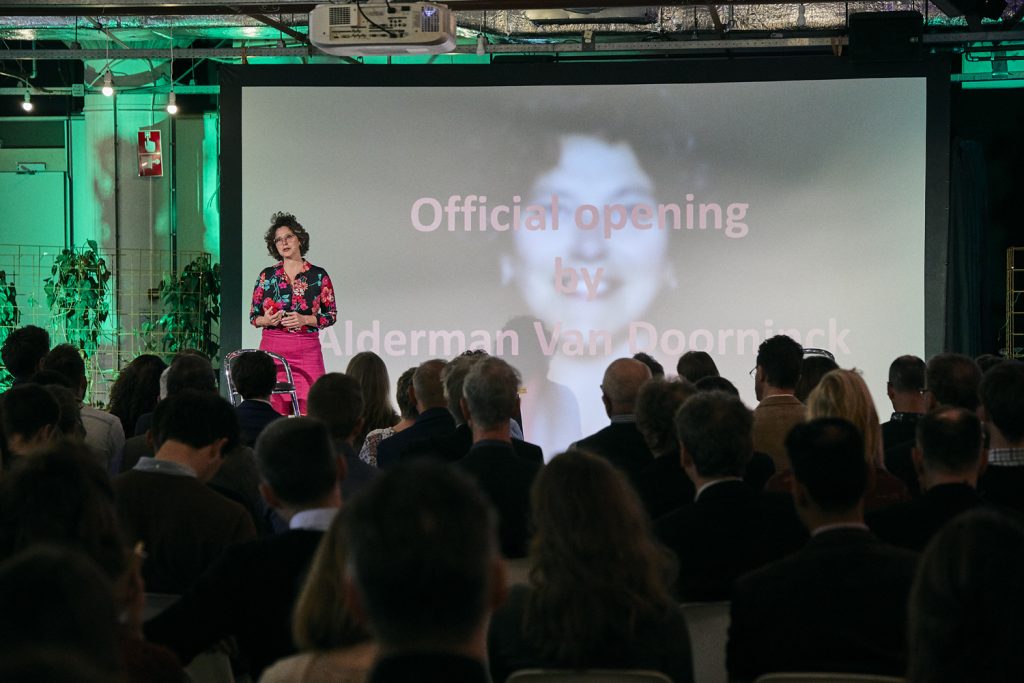 For the past five years, pilot programs have been designed, developed and implemented by consortium partners. The learnings from five years of hard work led to enlightening insights. One of the most prominent and urgent: we should involve citizens at the right time and in the right way.

Frits Otte of Utrecht University, for example, pointed out that the energy transition is not an isolated transition. Rather, it coincides with (at least) two other relevant transitions: citizen participation and digitization. This should have a great(er) influence on sustainable initiatives as centralized systems (like most City-zen projects) no longer are the only and the best solution. Rather, this is the time to combine the forces of transition in order to propel one another forward.

An important question then becomes: How can we mobilize the citizens we would like to reach? This aptly reflected the problem posed by Alderman Van Doorninck in her opening speech. Andy van den Dobbelsteen of TU Delft looked at the built environment, the challenges that we are facing (and are about to face) and offered various examples of ways to involve citizens. Using the City-zen Roadshow – in which many consortium partners collaborate with representatives of visited urban environments and offer their expertise and lessons learned in condensed workshops aimed at a sustainable re-design of existing urban environments – as a talking point, Professor Van den Dobbelsteen pointed out the importance of relating the entire transition, from problem to solution, to matters relevant to citizens. Positivity, he said, is key to a successful transition as it is far easier to form a negative outlook based on the scarcity of resources and consequent necessity for demand reduction. By focusing on feasible solutions in neighborhoods, the transition not only becomes tangible but also desirable for the citizens we are so eager to reach and mobilize.

Zooming out once again, Greg Keeffe of Queen’s University of Belfast called for no less than a “total revolution”! Re-framing the challenge, he suggested we should stop thinking of the cost of doing it and start becoming aware of the cost of NOT doing it. Cities should become “living entities”, he argued, where people are encouraged to use the urban environment in ways we provide them. Productive cities are not about technology but rather about the space technology creates – thus, cities can become place where people make energy, produce food, and take time to enjoy living. A rather inspiring and hopeful message indeed. 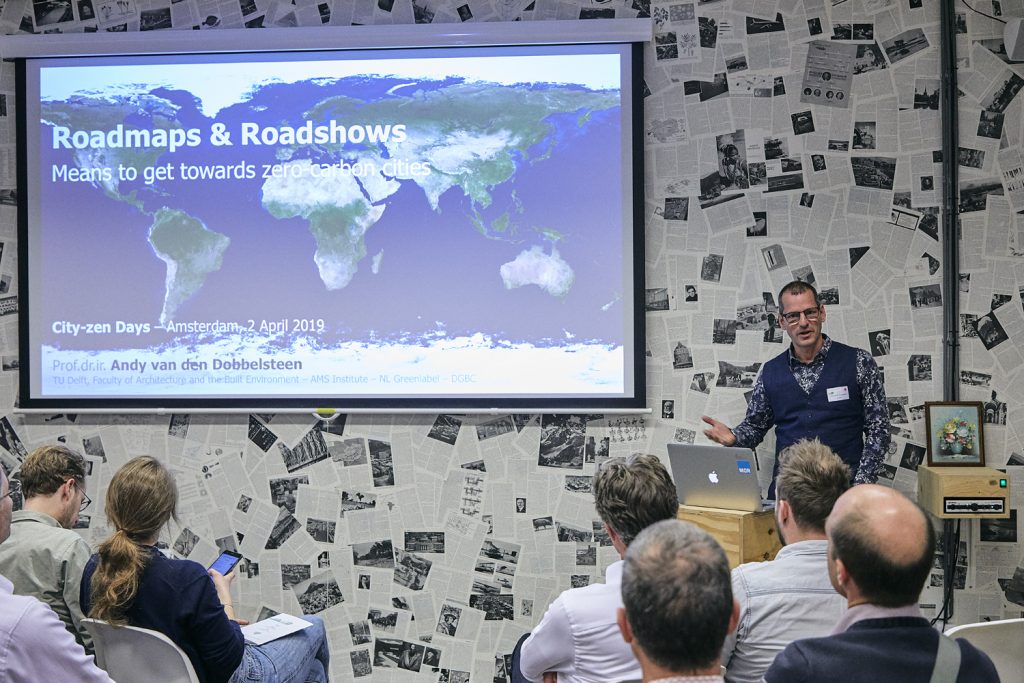 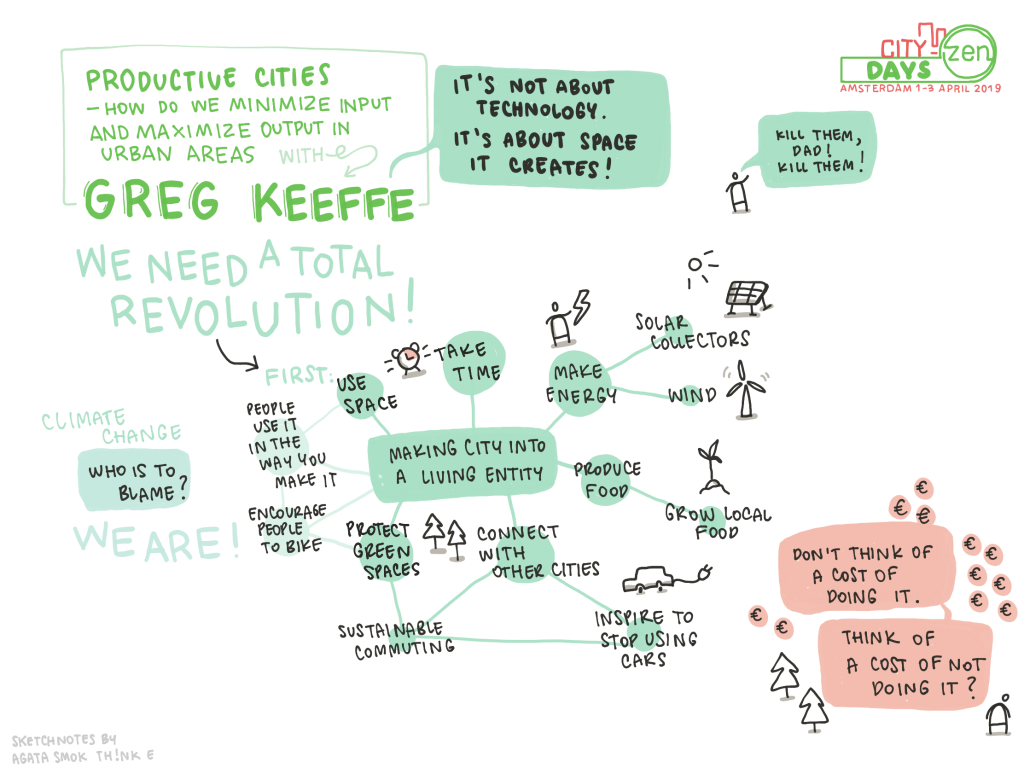 One of the ways to truly share valuable lessons learned is through a so-called “FuckUp Night”: a safe environment in which speakers are invited to share valuable albeit sometimes painful lessons learned. On the second night of City-zen Days, four speakers took to the stage and opened up to a mesmerized audience.

Waternet’s Otto Reinstra shared his view on perseverance as the driver for success. His story took us through years of perspective-changing failures, processes needed to bring him where he is now. Sometimes, we learned, we need to change our perspective repeatedly before we find just the right angle. And it can be changes in ourselves but also changes in the environment that ultimately leads to a breakthrough. A similar tale of tenacity was shared by Leen Peeters of Th!nk E, who spent years fighting her way through a jungle of bureaucracy, false promises and technical hiccups in order to establish a high-quality battery for office use. Again, perseverance and changing tactics proved to be crucial ingredients of success. “Be stubborn and never give up!” she concluded.

The story shared by Marisca Zweistra of Alliander, proved refreshingly insightful on a completely different level. She recounted how she and her team had prepared meticulously for a pilot involving charging points in urban areas – only to find out that some elements will remain beyond anyone’s control. Her solution? Do not give in to frustration and just be patient. Time will provide the solution.

Time was also the key to both problem and solution of the evening’s final speaker, Annelies van der Stoep of Amsterdam Economic Board. Adapting a macro point of view, she took the audience on a time travel through years of financial challenges. Referring to the social and political climates of the past five years, she shared stories of frustration as she frequently felt like a voice in the wilderness. Five years ago, the world was not open to her sustainable efforts but today, the world seems to be begging for exactly those sustainable solutions. Somewhere in this five-year window she discovered her operative sweet spot. Time is not always on your side, she said, but timing is everything – so be patient if the project needs you to be. You will only become wiser once you allow yourself to fail, learn from your mistakes and try again. 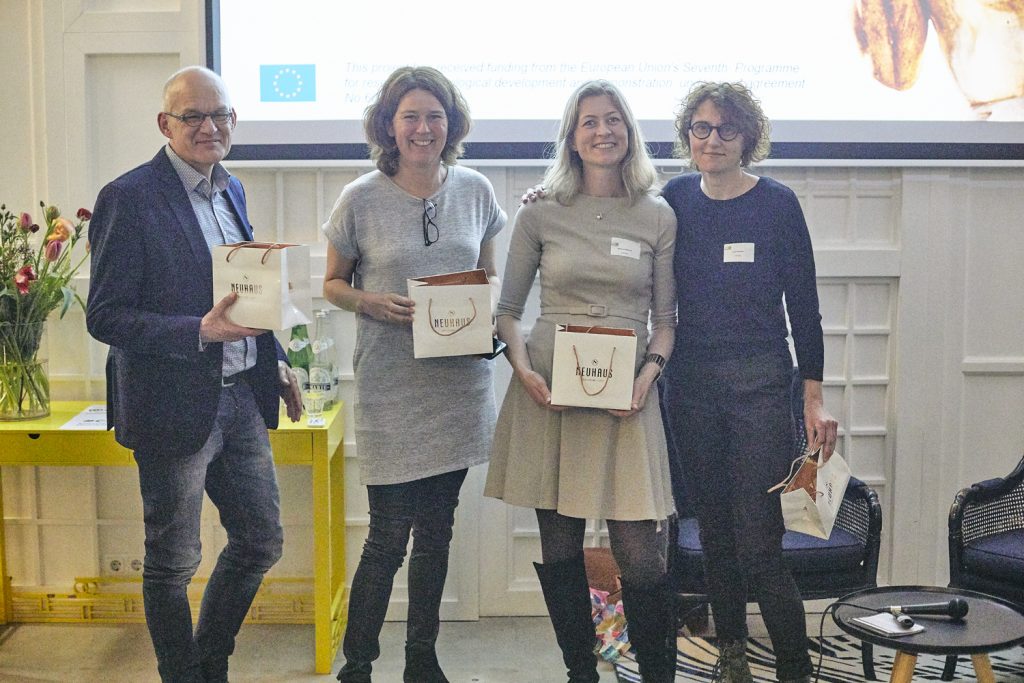 In addition to the public event, City-zen Days also provided opportunities for the consortium partners who make up the General Assembly to share experiences. In a whirlwind session by Marjolein Bot of Amsterdam Economic Board, participants were asked to share lessons learned related to specific barriers identified earlier. Ranging from technical and physical barriers to social, economic, financial, legal and political barriers, the session turned out to be very fruitful indeed.

Insights on every level surfaced, which was both confrontational as well as enlightening. To the consortium partners, for example, learnings pertaining to project organization and aligning with business partners offered valuable starting points for future E.U. projects. But many lessons learned also related to involving citizens, over- and underestimating the general public and the way the transition could (and should) be re-framed. This wide range of insights deserve an equally wide range of audiences, we are looking forward to finding and activating those in the coming months. 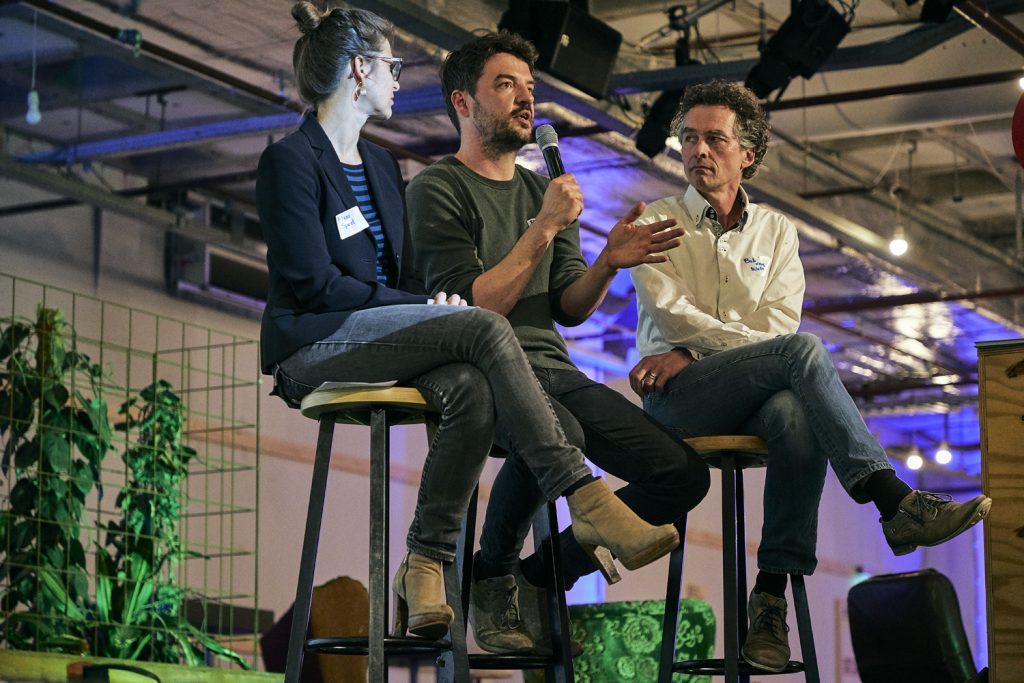 City-zen Days Amsterdam proved to be an important milestone and stepping stone towards the conclusion of the City-zen program in November. We are looking forward to transfering our accumulated knowledge and helping the next generation of frontrunners make concrete use of project results. If City-zen Days Amsterdam serves as an indication of what progress still lies ahead, we cannot wait to find out what heights we will have reached by the end of this year!

Are you interested in more in-depth information regarding City-zen Days, presentation material and lessons learned? Feel free to download our speakers’ presentation from the City-zen Days website: www.cityzen-days.eu