On 14 and 15 November 2019, the City-zen Closing Event took place in Brussels. The two-day event marked the end of the City-zen program. It was a showcase of accumulated knowledge of five years of City-zen projects. The sessions at the event were aimed at integration of results, sharing of learnings and identifying barriers for replication. An unmistakable call to apply the lessons learned and make use of the insights gained.

Day One: The Beginning of the End

Themed “a Tale of Two Cities: How Amsterdam and Grenoble combined forces on their way to carbon neutrality”, the event promised a comprehensive insight into the 20 projects that have taken place in Amsterdam and Grenoble during the past five years. In his riveting opening speech, Policy Officer Eric Lecomte of DG Energy paved the way for what promised to be a whirlwind of experiences, insights and learnings. Having recently moved into a self-built, sustainable dwelling, he mentioned his personal journey towards carbon neutrality. Hitting a nerve of recognition, he mentioned that “it is when we try to realize ideas in real life that we find out how hard it is.” It was met with a full house of agreement. 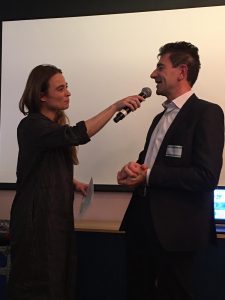 Feel free to view all images from the event 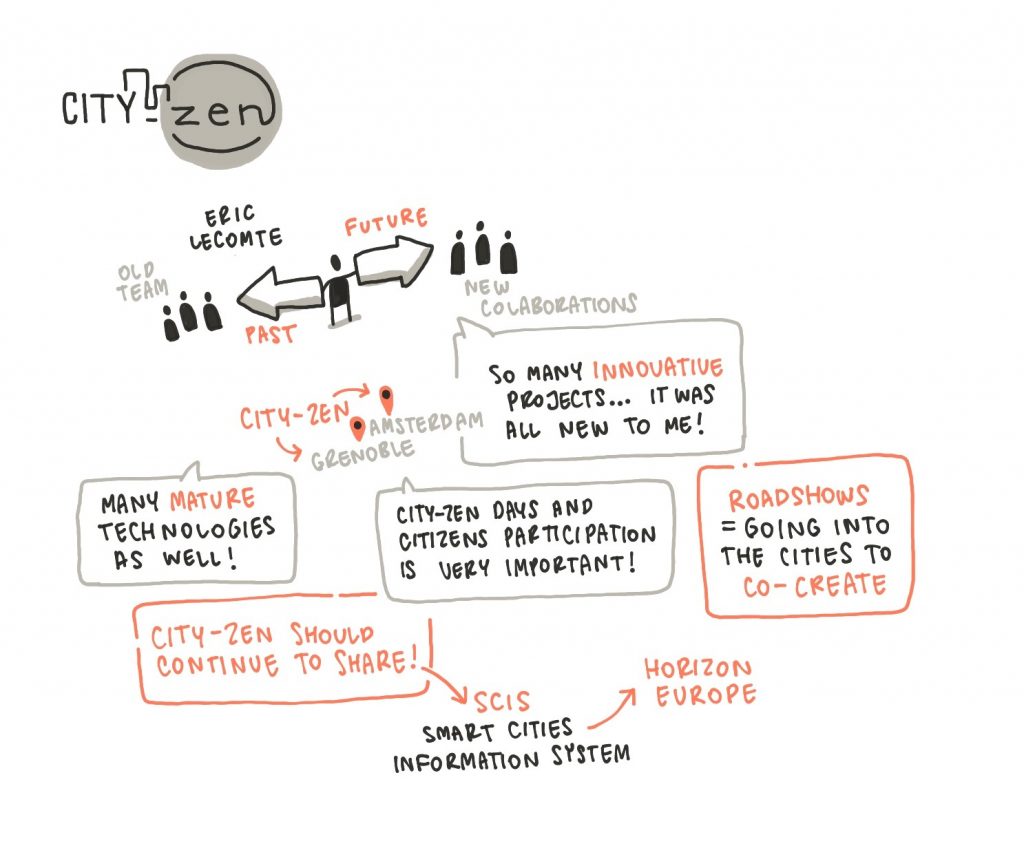 Feel free to download all sketchnotes made at the event

Moderator Froukje Jansen briefly reflected on the opening speech, eliciting responses from the consortium partners, EC representatives, representatives of other Horizon 2020 program, policy officers from various European cities and sustainable entrepreneurs that made up the event’s audience.

The rest of the afternoon consisted of a very dynamic program in which the participants looked back on themes ranging from Smart Grids and Heat/Cold solutions to sustainable Retrofitting and Citizen Empowerment.

First, a set of PechaKucha presentations spread out over three locations had groups of people exploring the event location and soaking in data. Next, more in-depth looks at social monitoring, technical monitoring and the City-zen Roadshow offered food for thought as well as fuel for discussion. 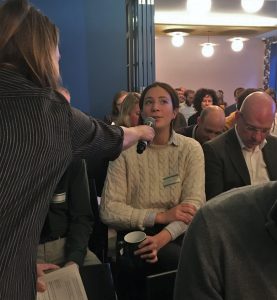 Finally, moderator Froukje Jansen led a panel discussion about the impact of the City-zen program. With the Deputy Mayor of Grenoble, the Director of Amsterdam Economic Board and the two local Project Leads involved, the discussion provided both strategic insights as well as practical learnings. 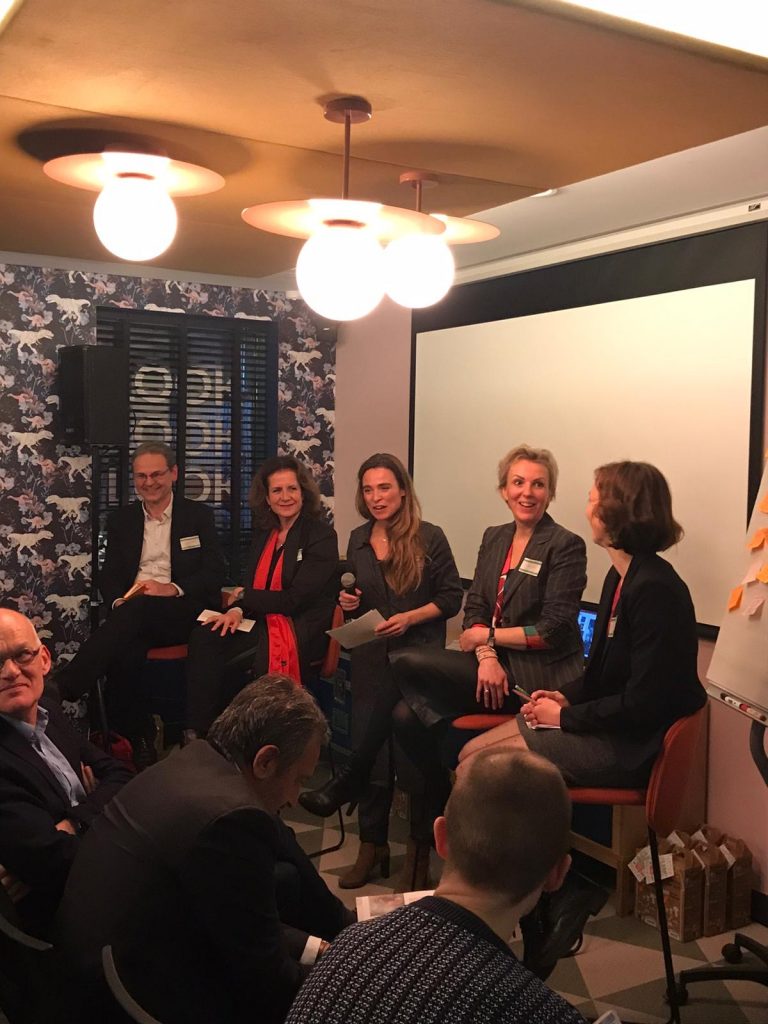 Day Two: The End of the Beginning

With an insightful and gripping keynote by Joan Fitzgerald of Northeastern University, the final day of the event was off to a flying start. In her presentation, Fitzgerald drew from her forthcoming book (‘Greenovation: Urban Leadership on Climate Change’) in which she argues that cities need to act more urgently in reduction greenhouse gas emissions. Her observations of American and European cities were very well received by the audience. As was her conclusion that, at this moment at least, U.S. cities and states attempting to move the climate agenda forward will have a much tougher time than their European counterparts. 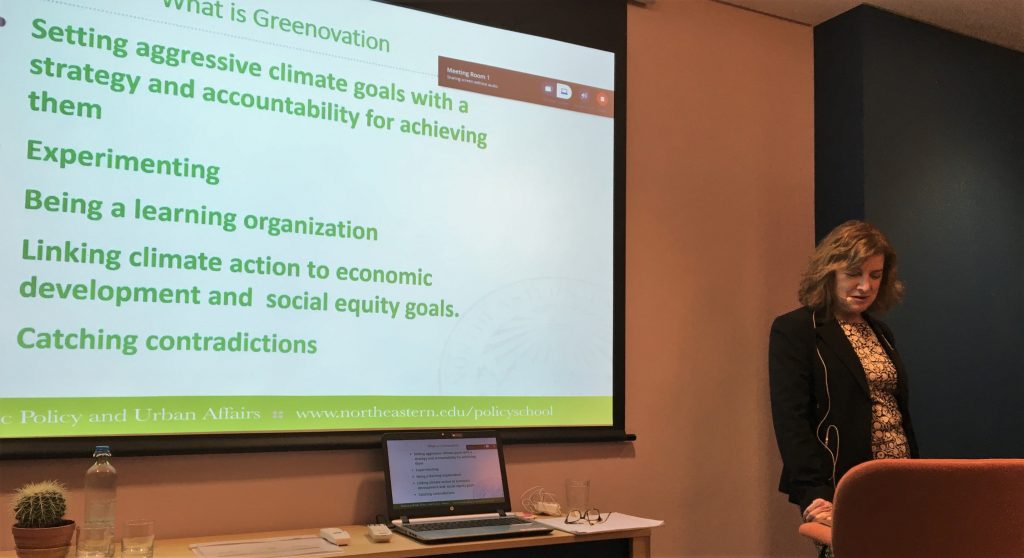 The keynote segued seamlessly into the second part of the day: the paths to successful replication and deployment. After an intensive workshop in which the audience identified current barriers and discussed the ways to overcome them, they were shown how the various City-zen projects could be taken into the future.

Building on the panel discussion of Day One and incorporating the learnings of the workshops and insights of Day Two, it became clear that five years of City-zen yielded an impressive amount of useful information regarding carbon reduction, scaling up, and working in a consortium. The following recommendations clearly topped the list of learnings: 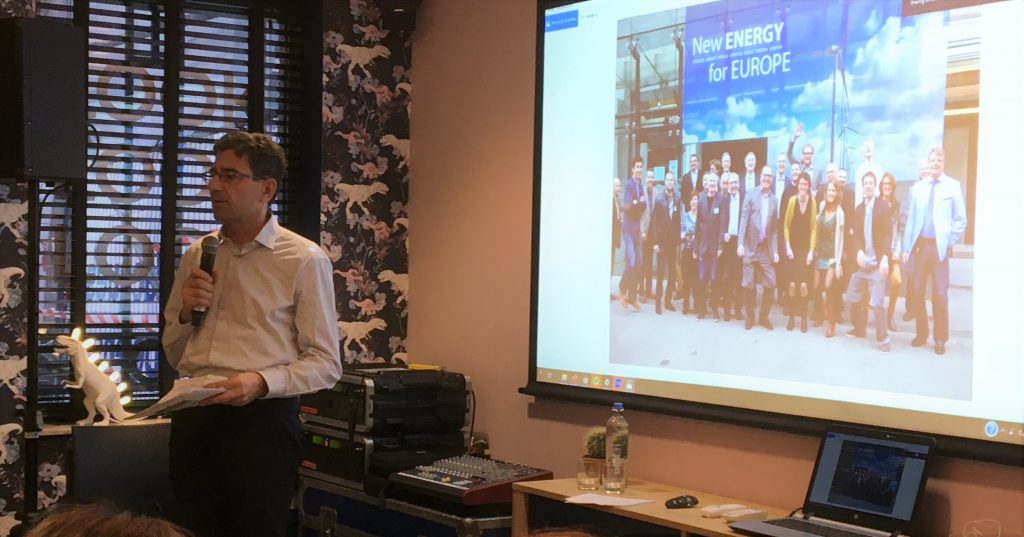 Wrapping up the event, Eric Lecomte delivered a touching closing speech in which he revealed that at least one key feature of the City-zen project – i.e. the City-zen Roadshow – is in serious consideration to be scaled up by the EU. More than the end of a project, the event marked the beginning of new pathways to a carbon neutral future.